So I was getting into the mood of cooking and wanted to look up some good bread made right here in Australia. I gotta tell you there is a few recipes that looked really good and I think I’m going to do some baking in the next couple days to see which one of the damper bread recipes I liked the most. Here’s the recipe I’m going to be trying this week:

So hopefully I can get this right as I’ve had a few problems in the past with baking.. I’m not the greatest with cooking at all. But being here in Australia this is a bread that is quite common and well known all over. It’s soft like other breads you find in Europe and Turkey. I’ve tried some while I was in Europe and Turkey and they are quite similar to this Australian bread recipe but sometimes damper bread has a tough crust if you leave it out too long in open air. It’s best to eat it soon after being made or cover it up. Happy Eating! 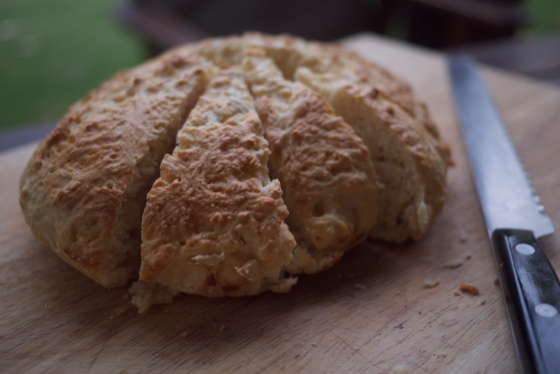